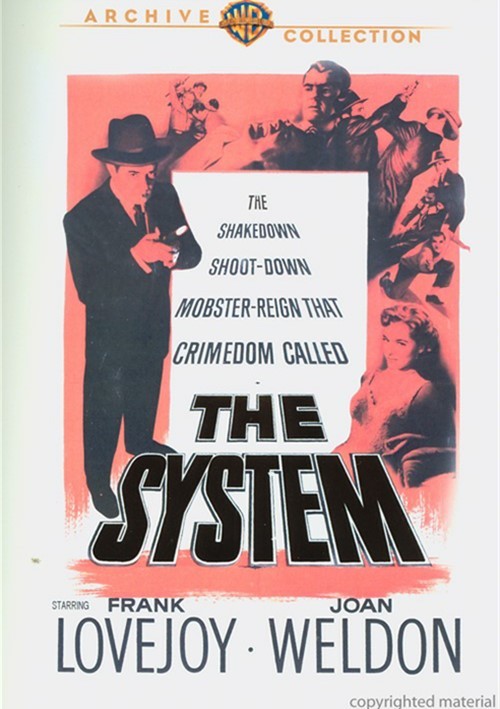 After a frightened teenager is cut down by police bullets during a botched heist, a reporter investigates. The story leads him to prominent businessman John E. Merrick (Frank Lovejoy), the secret boss of the gambling ring that had the youth ensnared in a web of wrong-way bets. And now Merrick's carefully constructed world of family, upscale neighborhoods, country clubs and community respect begins to crumble around him. In this canny thriller, Lovejoy, the granite-jawed leading man in such '50s gems of paranoia as The Hitch-Hiker and Shack Out On 101, takes his tough-guy persona and gives it a gutsy twist, creating an unusual and provocative crime-caper protagonist: the crook with a conscience.

Reviews for "System, The"