Kinks, The: Set Me Free - The Ultimate Review 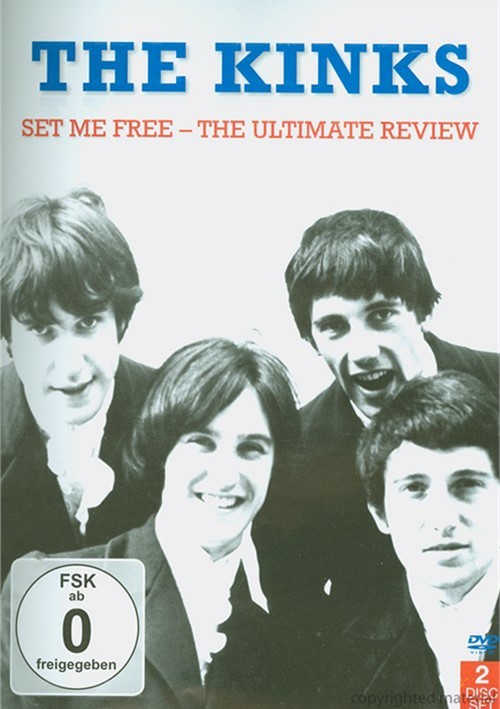 Kinks, The: Set Me Free - The Ultimate Review

The Kinks proved to be one of the most significant acts to come out of the 60s, playing a leading part of the British Invasion of America. With Ray Davies' incredible song-writing talent at the helm, they soon became one of popular music's most significant bands, influencing a plethora of styles from hard rock to Britpop.

DVD 1: The Kinks In Their Own Words

This film review draws on archive concert film of The Kinks in performance and documentary footage from television and radio archives around the world, along with extensive interviews with former band members to produce the true story of The Kinks in their own words.

The film features frank interviews with former Kinks band members, including drummer Mick Avoy, Kinks bassist John Dalton and keys player John 'The Baptist' Gosling, along with archive interviews of Dave Davies. We also hear the firsthand accounts of insiders from the Kinks camp along with a team of leading journalists and musicians who help strip away the layers of sensationalism and half truths to produce the ultimate critical review of Kinks.

DVD 2: The Kinks in Performance

This superb DVD features rare footage of the King, with a nostalgic look back to the group where they were at their best, including their greatest hits from rare live performances from television and film archives.