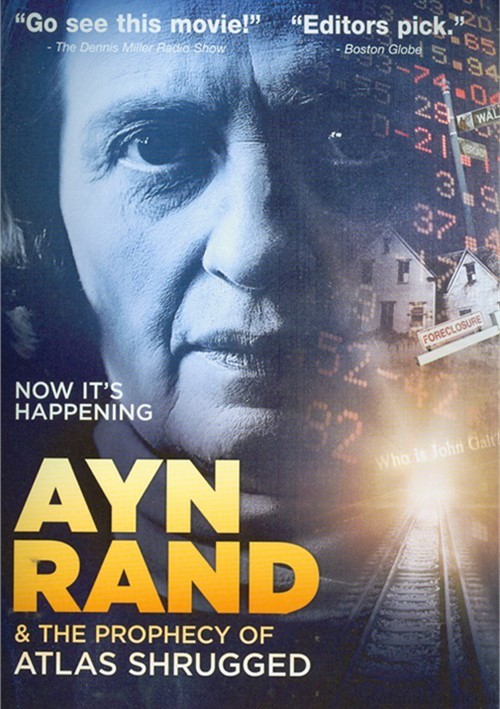 Set in what Novelist and Philosopher Ayn Rand called 'the day after tomorrow,' Atlas Shrugged depicts an America in crisis, brought to her knees by a corrupt establishment of government regulators and businessmen with political pull - the 'looters' and the 'moochers' - who prey on individual achievement.

Ayn Rand And The Prophecy Of Atlas Shrugged looks into Rand's background for the ideas and philosophy that inspired and shaped her novel and seeks to determine whether America is indeed headed for the disastrous outcome she predicted.

Over 40 Minutes Of In Depth Interviews With Eight Experts

Reviews for "Ayn Rand & The Prophecy Of Atl"