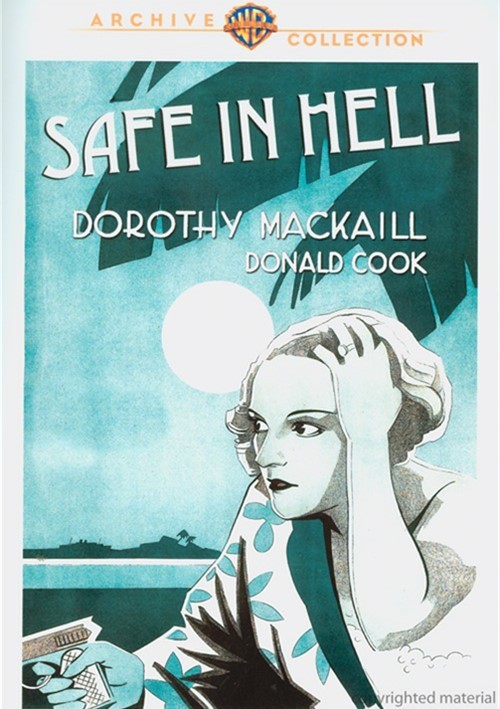 Gilda (Dorothy Mackaill) thought she had fallen as far as a woman could fall when she got a call telling her a client was requesting her "services." But when the client turns out to be the man responsible for her fall from grace, Gilda flies into a murderous rage. Taking it on the lam, Gilda finds shelter in the arms of a sailor boyfriend (Donald Cook) who smuggles her to sanctuary and safety, or so he thinks. In reality he has booked her a bridal suite in hell.

Too long imprisoned by obscurity, Safe in Hell is released at last. This pre-code crime classic, touted at the time as "Not For Children," is frank, startling and arresting, as gripping today as it was eight decades ago. Directed by William A. Wellman, Safe In Hell is full of terrors and delights, including the most striking ensemble seen this side of Freaks and a truly twisted stunner of a finale.

Reviews for "Safe In Hell"