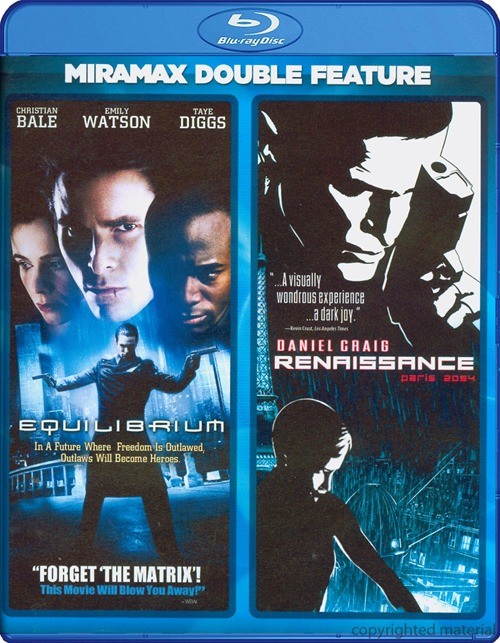 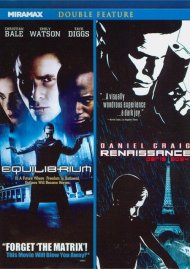 Dare to enter a bold vision of the future in the tradition of Blade Runner and Sin City - drenched with state-of-the-art animation and a gripping story. It's 2054 Paris and the city lives in the shadow of corporate giant Avalon, which sells the irresistible promise of "ageless beauty." The sudden kidnapping of a gifted young scientist draws a tough-as-nails cop into a twisted underworld of corporate espionage, genetic research and organized crime. Featuring the stellar voice talents of Daniel Craig (Defiance), Jonathan Pryce (G. I. Joe: The Rise Of Cobra) and Ian Holm (The Aviator).

Delivering awesome high-tech action in the power-packed style of The Matrix and Minority Report, Equilibrium stars Christian Bale (The Fighter) and Taye Diggs (TV's Private Practice) in a thrilling look at a future where the only crime is being human. In an attempt to end wars and maintain peace, mankind has outlawed the things that trigger emotion-literature, music and art. To uphold the law, a special breed of police is assigned to eliminate all transgressors. But when the top enf-rcer (Bale) misses a dose of an emotional-blocking drug, he begins to realize that things are not as they seem! Also starring Sean Bean (The Lord of the Rings) and Emily Watson (Red Dragon).