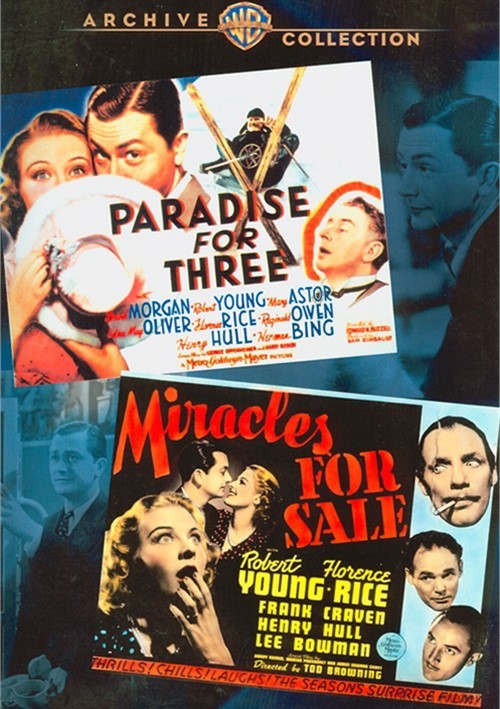 Robert Young's low-key manner is powerfully effective in films like Three Comrades and Crossfire, but Young's fine talents are perhaps best served by films showcasing his affable ease - like these lighthearted Golden Era works. In Paradise For Three's tale of mistaken and hidden identities, Young is a flat-broke jobseeker whose jingle-contest entry wins him a stay at an Alpine ski resort. There, he's treated like royalty because the staff thinks he's a slumming millionaire. Young next is an illusionist who offers Miracles For Sale, a playful whodunit from director Tod Browning (Dracula, Freaks) that has him using conjuror's skills to help unmask a killer. Young's frequent co-star Florence Rice, daughter of sports scribe Grantland Rice, is the charming love interest in both films.

Reviews for "Paradise For Three / Miracles "