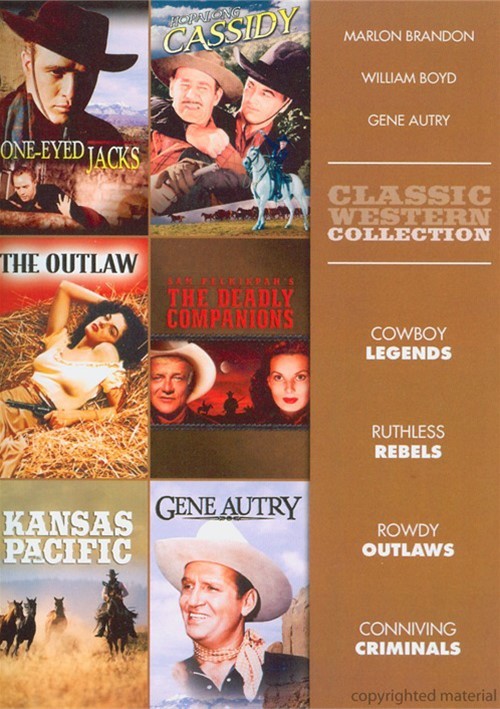 A stirring Western classic featuring breath-taking cinematography and a magnificent musical score, One Eyed Jacks is the story of Rio, a man betrayed by his one-time partner in crime.

Law-enf-rcer Pat Garrett's ruse to trap and cage legendary outlaw Billy The Kid takes a twist when The Kid hides at Doc Holliday's ranch and falls for his lover and latest victim's sisters, Rio.

Military officer John Nelson is charged with the task of halting sabotage to the Kansas Pacific Railroad as it extends west during the pre-Civil War era - just after the South seceded from the Union. But Nelson fins more than aggressive destruction and violence at the hands of the rebels.

After going AWOL, a Rebel Civil War soldier, Turk, attempted scalping a wounded Union Army soldier. The retired sergeant, Yellowleg, tracks his attacker and persuades Turk and his partner Billy to go in on a bank heist in Gila City. . .but when they get there, the trio stumbles upon a group plotting to loot the same bank.