6 Movie Pack: Heat On The Street 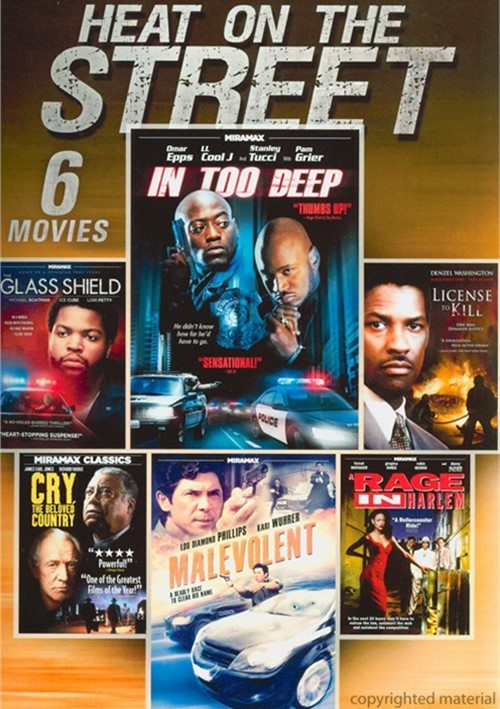 6 Movie Pack: Heat On The Street

An ambitious African-American rookie cop and his station's only female deputy realize that an innocent man (Ice Cube) has been jailed for a shocking murder.

In a land town by hatred and injustice, two fathers (James Earl Jones and Richard Harris) form an unlikely union that could heal a nation.

A maverick cop (Lou Diamond Phillips) under routine investigation for a job-related shooting finds himself being set up as the prime suspect in a killing spree.

A grieving family - whose teenage daughter was killed by a drunk driver - and their young lawyer (Denzel Washington) struggle to overcome the opposing counsel's devious tactics.

When Imabell (Robin Givens) hits Harlem with a trunkload of stolen gold, she's on the run and looking for a place to hide.

Reviews for "6 Movie Pack: Heat On The Stre"