Rich Are Always With Us, The 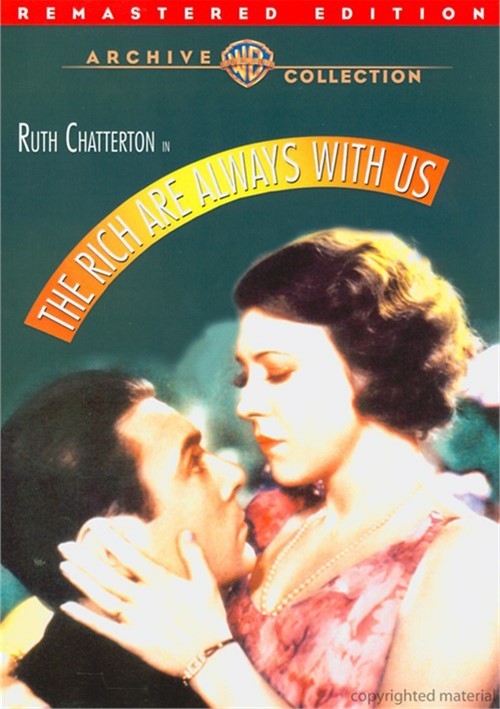 Rich Are Always With Us, The

The richest woman in the world (Ruth Chatterton) has everything money can buy. But with her heart torn between her faithless husband and an ardent writer (George Brent), she can't have the one thing every woman wants: happiness. Herbert Hoover was still President and the Depression was at its most depressing when this delicious wallow in uptown romance hit the Bijou, featuring an electric performance by young Bette Davis as a society girl also enamored of the writer. This wasn't the end of Davis' relationship with Brent. They would make 11 films together, including Jezebel and Dark Victory. It wasn't the end of the Chatterton-Brent relationship, either: the on-screen lovers married soon after the film opened.

Review "Rich Are Always With Us, The"

Reviews for "Rich Are Always With Us, The"