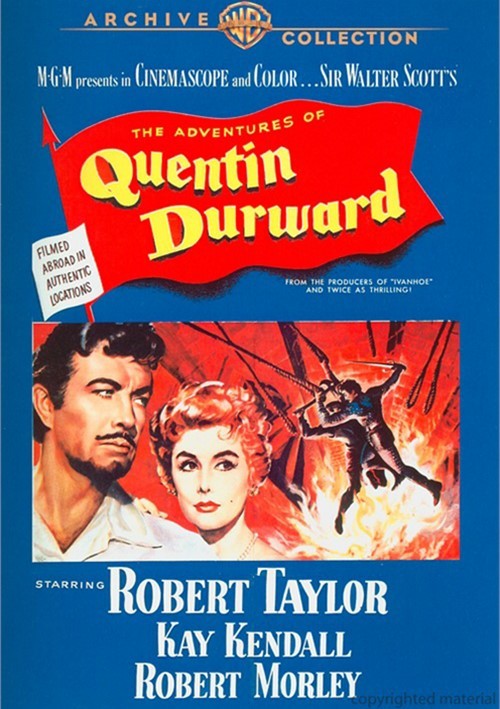 In a thunderous new era of weaponry, the shield and blade are no match for the gun. Yet Quentin Durward, trained in knighthood and skilled in the lance, bow and sword, will not yield. "How many are you?" asks a foe startled by the knight's valor. "How many do you want?" he replies.

Robert Taylor stars in a burnished spectacle akin to his Ivanhoe and Knights Of The Round Table. Sent from Scotland to France, Quentin allies with King Louis XI (Robert Morley), champions a lovely countess (Kay Kendall) and defends all against the scoundrel called the Beast of Ardennes. Among the highlights: Quentin and the Beast's climactic duel - while each combatant hangs from the ropes of a burning bell tower!