Not With My Wife, You Don't 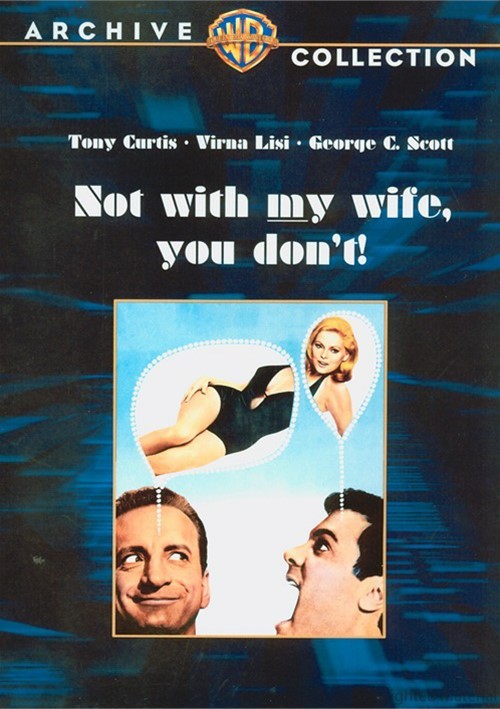 In the air, they go after glory. On the ground, they're after the same woman!

As soon as he sees those curves, Korean War flight commander Tank Martin (George C. Scott) is figuring the angles. All he needs to do is get rid of his equally blonde-crazy Air F-rce buddy Tom Ferris (Tony Curtis) and a certain gorgeous nurse named Julie (Virna Lisi) will be all his. So whether he wants it or not, Tom is off to Japan for some "combat recuperation." And the two flyboys' long-running feud over the same woman will soar to untold heights. This romantic farce boasts gags galore (don't miss the Italian movie spoof), lots of wit (Tank calls his cocktail mixture "Instant Motel") and fabulous vistas (London, Paris, Rome). And though Tom outfoxes Tank and weds Julie, the competition is just starting. Because Julie likes the idea of having two of everything!

Review "Not With My Wife, You Don't"

Reviews for "Not With My Wife, You Don't"