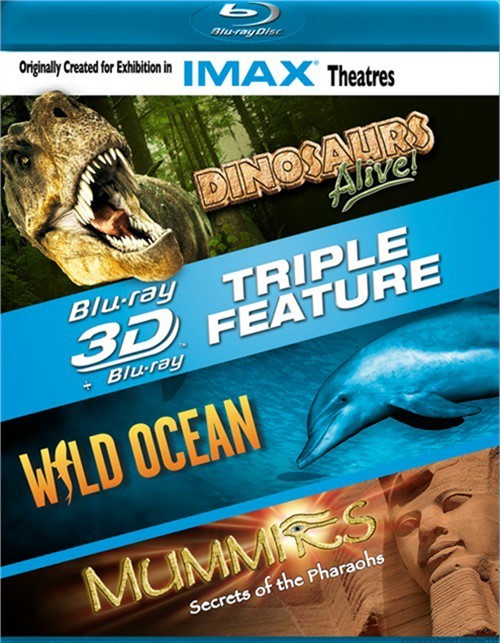 Uncover the mysteries buried beneath our feet! Join the world's preeminent paleontologists in this eye-popping IMAX adventure as they uncover some of history's most astonishing dinosaur finds. Travel across the exotic dunes of the Gobi Desert and along the sandstone buttes of New Mexico as scientists make brand-new discoveries about dinosaur behavior, their environments and find what could be the oldest dinosaur ever unearthed in North America. With stunningly realistic and scientifically accurate CGI, you'll see these amazing creatures come alive ... in a big way! Narrated by Michael Douglas.

Wild Ocean is an uplifting cinematic experience capturing one of nature's greatest migration spectacles through the magic of IMAXÂ®. Plunge into an underwater feeding frenzy amidst the dolphins, sharks, whales, gannets, seals and billions of fish. Filmed off the Wild Coast of South Africa, Wild Ocean is a timely documentary that celebrates the animals that now depend on us to survive and the efforts by local people to protect this invaluable ecological resource. Hope is alive on the Wild Coast where Africa meets the sea.

In mind-blowing IMAXÂ® detail, unravel the enshrouded human time capsules that have become the most fascinating mystery of our time - Egypt's mummies. Probe ancient tombs to uncover these carefully hidden phenomena, and experience the dramatic adventure of their excavations. Follow top scientists as they embark on a modern-day forensic investigation of the mummies, extracting clues from our past that could have an enormous impact on medical science in our future.