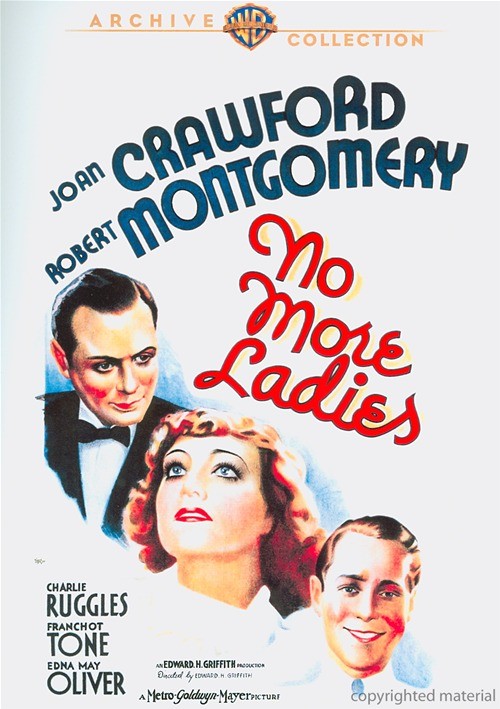 Marcia Townsend is ready to settle down, playboy Sheridan "Sherry" Warren isn't, so what do they do? Get hitched! But when Sherry continues to live in a way that would unhitch any vows, Marcia concocts a plan to give him his comeuppance. She'll throw a society party - bridge, charades and payback - where the invitees include people loved and left (and hurt) by the rakish cad. Salut, Sherry!

The sparks fly in this giddy comedy of manners (co-scripted by The Philadelphia Story's Donald Ogden Stewart) starring Joan Crawford and Robert Montgomery. Most giddy of all: the cocktail-fueled witticisms of co-stars Edna May Oliver and Charlie Ruggles. No More Ladies - lots of Golden Era fun!

Reviews for "No More Ladies"