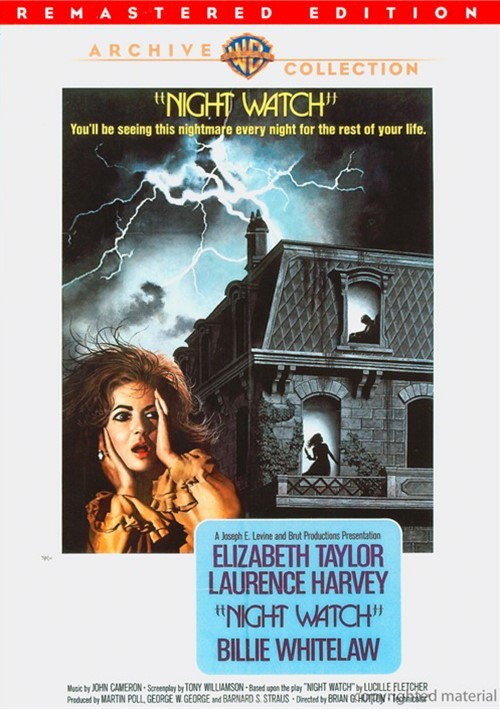 Elizabeth Taylor ventured but once into the scarified world of Grande Dame Guignol, and Night Watch is the striking result. Taylor's matron-in-menace role that of Ellen Wheeler, a lonely insomniac trapped in a loveless marriage and by an obsession with a creepy gothic manse next door. One night while indulging in her alcohol-fueled ramblings, Ellen spots a corpse inside the vacant house. A corpse that resembles her deceased, two-timing first husband. . .a corpse that no one else thinks exists. Adapted from a play by suspense mistress Lucille Fletcher (Sorry, Wrong Number, The Hitch-Hiker, Night Man), Night Watch re-teams Liz with her Butterfield 8 costar Laurence Harvey, playing Ellen's emotionally distant second husband in one of his final film performances. Genre stalwart Billie Whitelaw rounds out the cast.