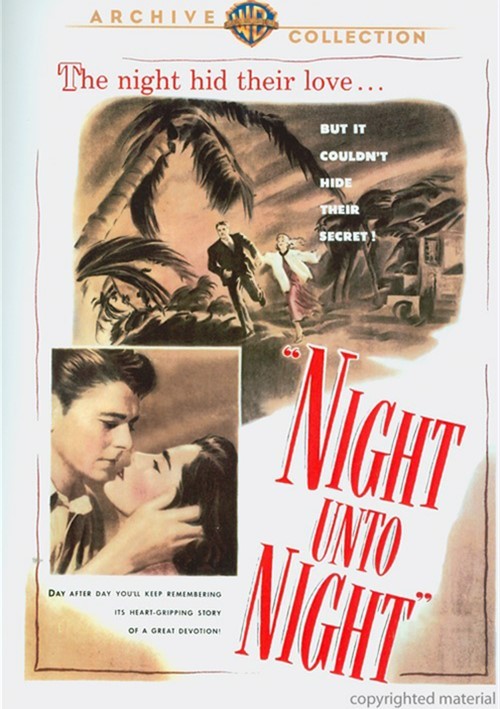 The night hid their love. . . but it couldn't hide their secret!

A bleak mansion sits ominously on a cliff above the sea somewhere on Florida's east coast. In its shadows, two people meet: a scientist haunted by incurable illness and a beautiful woman haunted by the voice of her dead husband. Ronald Reagan and Hollywood-debuting Viveca Lindfors star in an eerie drama steeped in religious faith and supernatural fear, in the destructive power of sexual jealousy and the redemptive power of love. In one of his earliest directorial efforts, Don Siegel (Dirty Harry, The Shootist) displays his command of pacing and camerawork, building the action to a climactic hurricane that parallels the tumultuous emotions of characters precariously balanced between now and the hereafter.

Reviews for "Night Unto Night"