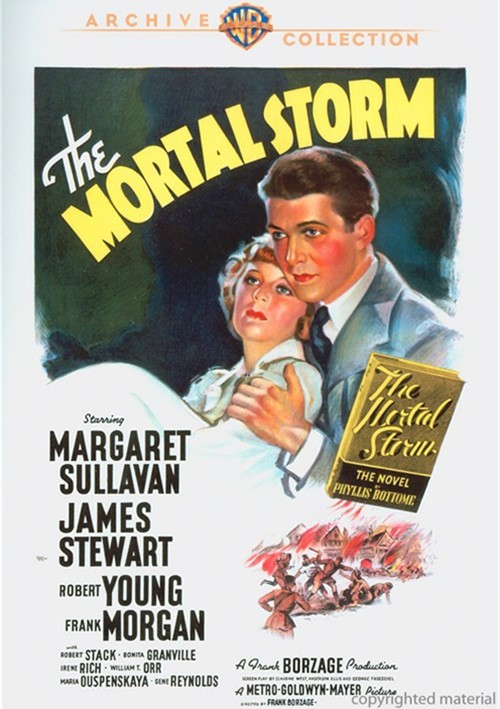 Their home, their family, their love - destroyed by the Nazi regime.

The Mortal Storm is the story of Hitler's rise to power as seen through the microcosm of one German family. What may seem small and personal is instead towering, a bold revelation of the brutality of the Nazi regime that so infuriated propaganda minister Joseph Goebbels that he banned all MGM movies in Germany. In their fourth and final teaming, Margaret Sullavan and James Stewart play sweethearts, evoking the tender, romantic empathy that always marked their work together. They lead a sterling cast in director Frank Borzage's sweeping tale of the political and human chaos that rips a family apart, sets child against parents and lover against lover, and leads to savagery, to sacrifice and to heroism.