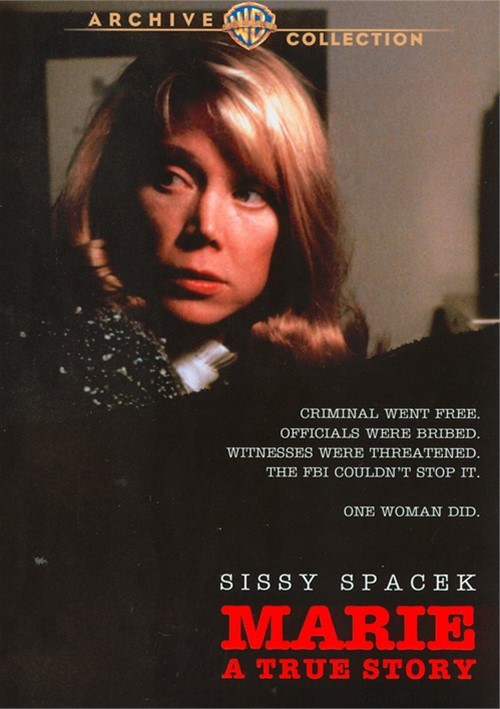 Criminal went free. Officials were bribed. Witnesses were threatened. The FBI couldn't stop it. One woman did.

Pay the man, get out of prison. It's a sweet deal for the Tennessee officials who let killers and rapists go free for a price. And who would have the guts to defy the state's power elite? No one, except a courageous single mom named Marie Ragghianti. This gripping film tells the true story of a woman who became head of the Tennessee parole board, then stood up to lies, threats and murder to blow the whistle on her bosses - and send many of them, including the governor, to the pen. Sissy Spacek brings luminous intelligence to the role of Marie, and the remarkable supporting cast includes Morgan Freeman, Jeff Daniel and screen-debuting Fred Thompson (later a Tennessee senator) playing himself, Marie's real-life attorney.

Reviews for "Marie: A True Story"