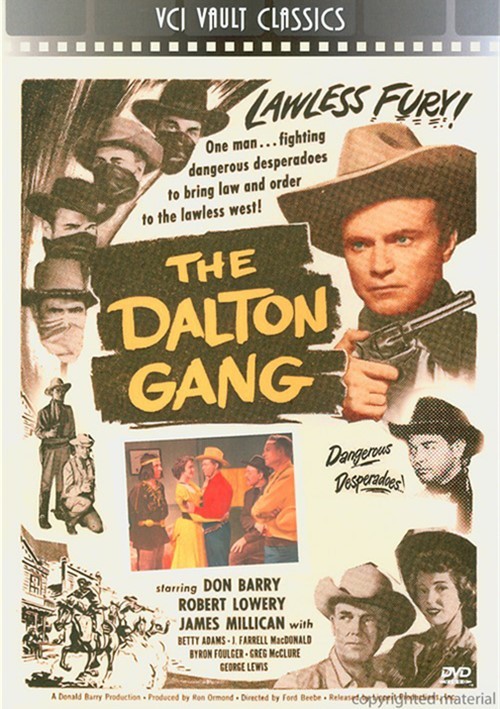 Deputy Marshal West (Don Barry) arrives in Rincon to investigate the murders of several ranchers. Blackie Mullet (Robert Lowery), the leader of a gang working for the local land-and-water company; tries to convince Marshal West that Indians are responsible for the killings, while West's old friend newspaper editor Amos Boling (Byron Foulger) and his assistant Polly Medford (Julie Adams) tell him they suspect that Blackie is actually head of the infamous Dalton gang.

Reviews for "Dalton Gang, The"