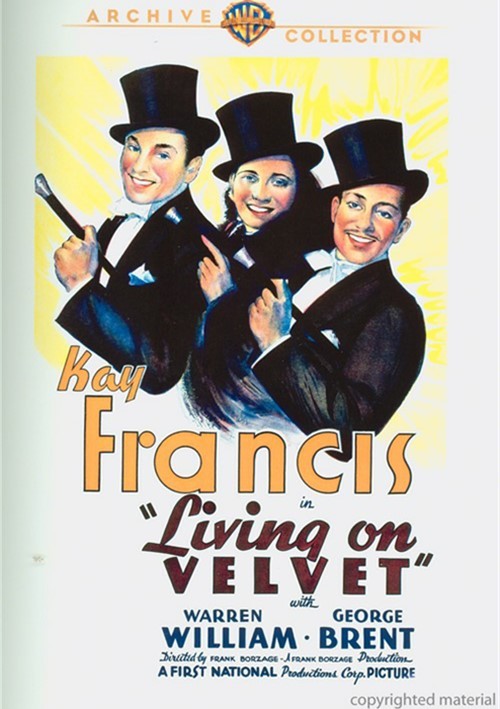 Kay Francis tries to get George Brent's head out of the clouds in this high-flying romance directed by two-time Academy Award winner Frank Borzage and co-starring Warren William. Ever since the plane he was piloting crashed and killed his parents and sister, aviator Terry Parker (Brent) refuses to take life seriously. So when he woos and weds glamorous socialite Ann Prentiss (Francis), his irresponsible behavior soon f-rces his new bride to realize their marriage may be like Terry himself, living on borrowed time. Featuring 17 dazzling Orry-Kelly gowns that "had the feminine members of the audience cooing" (Frank S. Nugent, The New York Times), Living On Velvet showcases the sophistication and grace that made Kay Francis the most popular - and highest paid - screen actress of her time.

Reviews for "Living On Velvet"