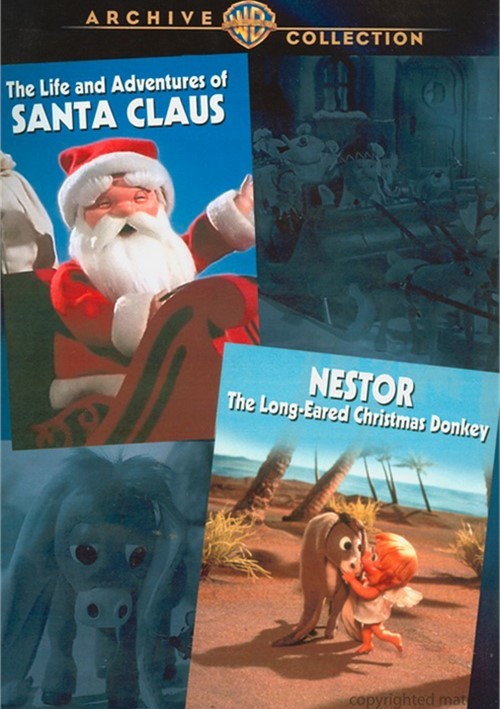 The Wizard of Oz creator L. Frank Baum penned the story that inspired The Life And Adventures Of Santa Claus. A babe born in the woods near the Forest of Burzee is named Claus. As Claus grows up, the gods send him to the land of mortals to spread joy and happiness where there is none. Claus carves a small wooden cat for an orphan and decides that all children rich and poor should receive toys for Christmas.

A long time ago in a country stable there lived a little donkey named Nestor. Mocked for his ears, Nestor and his mother are cast out of the stable. In the snowy cold, the mother scarifies herself to protect her child. In the spring a cherub arrives to guide Nestor to safety as his mother intended. Two travelers then choose him for a trip to Bethlehem and Nestor the Long-Eared Christmas Donkey fulfills his destiny.

Reviews for "Life And Adventures Of Santa C"