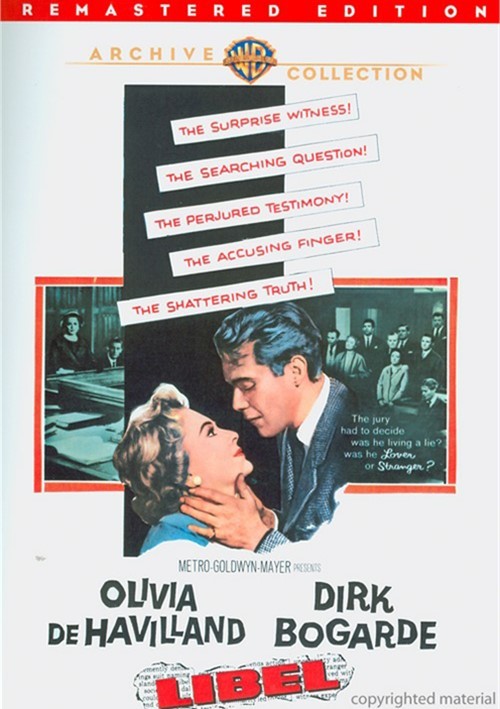 With a lovely wife and a resplendent manor that's a de rigueur stop on tours of England's stately homes, Sir Mark Loddon leads an enviable life. Then a newspaper charges that Loddon was killed during a wartime escape from a POW camp and look-alike has since ruled the baronet's realm. Outraged, Loddon sues for libel, setting in motion revelations of war, memory, trauma and deception that causes Lady Loddon (Olivia de Havilland) and Sir Mark (Dirk Bogarde) himself to question his identity. Anthony Asquith (The Browning Version, The VIPs) guides this star-infused courtroom drama based on a Broadway hit and enhances by the maneuvering of Robert Morley and Wilfrid Hyde-White in the roles of collegial yet cunning rival barristers.