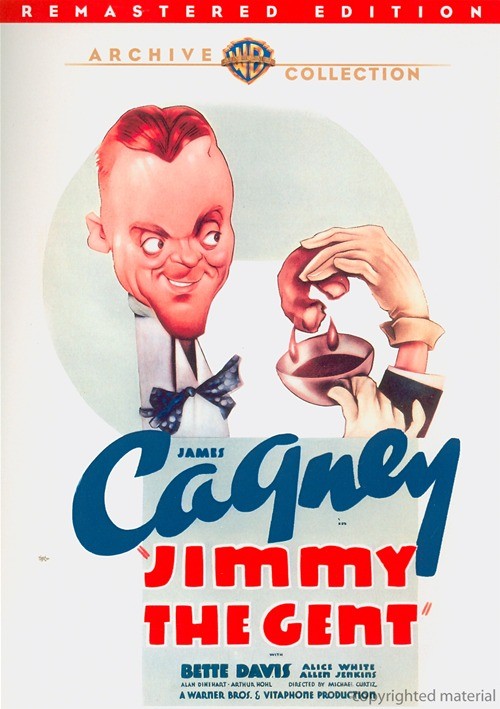 James Cagney and Bette Davis star as a less-that-scrupulous private detective and the woman he loves-who has just left him for an even less scrupulous employer.

Jimmy Corrigan (Cagney) is jealous when his operative and sweetheart, Joan Martin (Davis), goes to work for his seemingly upper-crust rival Charles Wallingham (Alan Dinehart). But Corrigan discovers that Wallingham is just as crooked as Corrigan; he's just better at concealing it. Now - even as Corrigan tricks an eyewitness into marrying a guilty client so she can't testify in court - he must prove Wallingham is a crook to win Martin back. Directed with panache by Michael Curtiz, the result is a fast-paced comic delight, and a superb showcase for the first teaming of its two incandescent stars.

Reviews for "Jimmy The Gent"