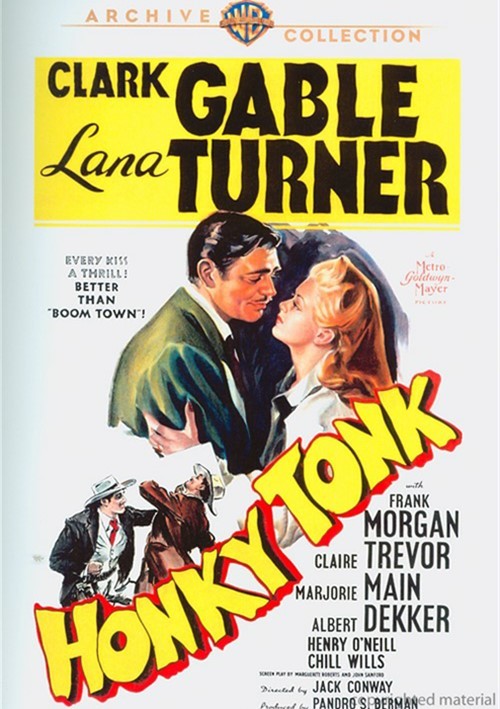 Con artist Candy Johnson (Clark Gable) has been run out of town after town. Then he got wise. He went out and got a town of his own: Yellow Creek, Nevada.

Lana Turner stars opposite Gable in this sometimes comic, always terrific Western. The title honky tonk is the Square Deal Saloon, where Candy and poker-playing sidekick Sniper (Chill Wills) cut cards but not the liquor. The colorful townsfolk include a Justice of the Peace (Frank Morgan) who's good pals with John Barleycorn, a fiery do-gooder (Marjorie Main), a long-suffering dancehall girl (Claire Trevor) and a law-unto-himself sheriff (Albert Dekker). Topping it all is the pizzazz of the first Gable-Turner pairing. After kissing her, Gable says: "Why don't you jump in and get wet all over?"