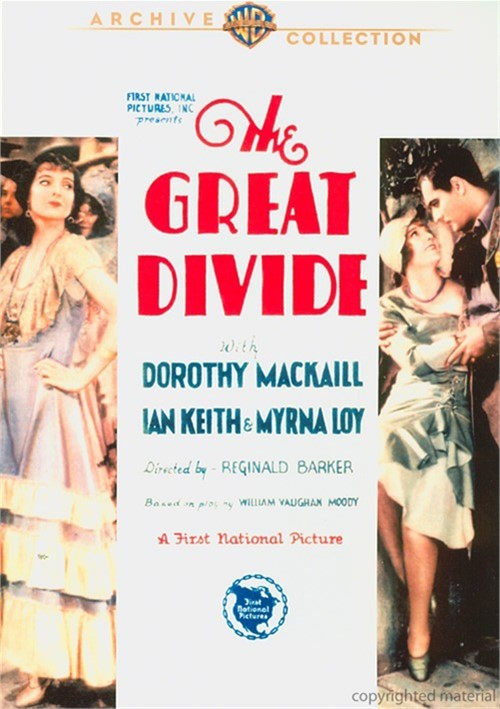 Stephen is a hard-working mine operator. Ruth is a fast-living party girl, the daughter of his deceased partner. Partly out of obligation to his partner and partly out of a growing attraction for Ruth, Stephen decides to set her straight by whisking her away for a sort of wilderness boot camp. The lesson takes, love blooms. But now there's a $10,000 price on his head for kidnapping. There's also another woman in his life - she claims Stephen is hers. There've been at least four film adaptations (not all share the same title) of the William Vaughn Moody source play. This robust 1929 work stars Dorothy Mackaill and Ian Keith, whose sound-era careers wouldn't match that of the actress who plays the vampish other woman: Myrna Loy.

Reviews for "Great Divide, The"