Footsteps In The Dark 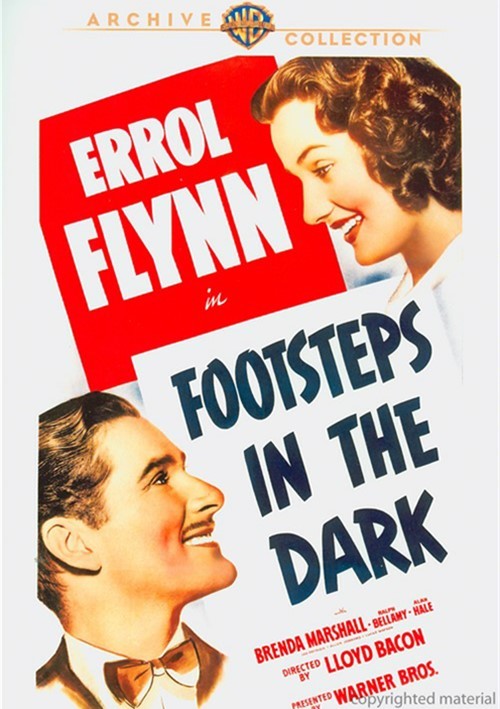 Footsteps In The Dark

Hear those footsteps in the dark? They signal thrills, laughs and mystery as swashbuckler Errol Flynn steps out of tights and into a dinner jacket for a jolly round of sleuthing. Flynn plays a blueblood who juggles two identities: his public persona as a white-shoe investment counselor and a secret life as a detective novelist. The fun begins when he stumbles into a real case of murder that leads him to danger, a date with a over-the-hill stripper and domestic strife (his beautiful wife wonders exactly where he's going in the middle of the night!). The fine cast includes Brenda Marshall (Flynn's The Sea Hawk co-star) and an actor who knows all about clues and corpses - Ralph Bellamy, the screen's Ellery Queen.

Review "Footsteps In The Dark"

Reviews for "Footsteps In The Dark"