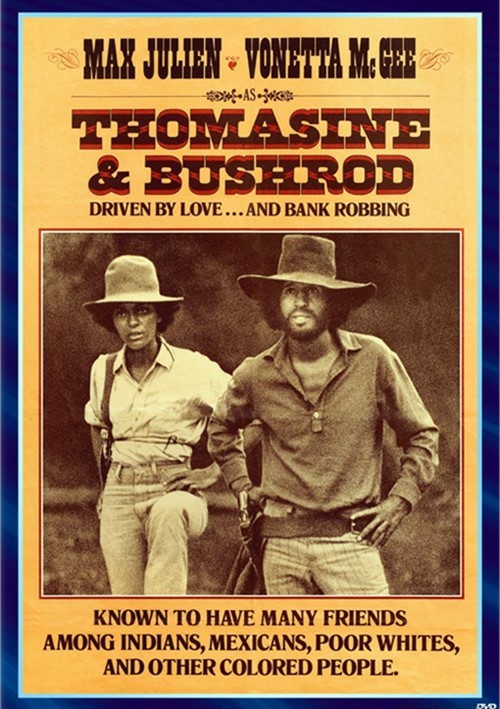 Gordon Parks, Jr. directs this western-romance with a twist, often compared to Bonnie and Clyde, whose fresh take on the genre was written and produced by, and starred Max Julien (Cleopatra Jones). Vonetta McGee (Blacula) is featured as the female bounty hunter who resumes an old romance with bandit Bushrod (Julien). Amid the changes transforming the country at the beginning of the twentieth century - cars replace horses and trails turn to roads - the "wild" west of the 1900s is gradually being tamed. It's still a tough, hard place to make a living, but Thomasine and Bushrod are prepared to try. Hounded by Sheriff Bogardie (George Murdock), they proceed on a spree of bank robberies, sharing their loot with the poor living on the harsh frontier. Bushrod's old buddy, Jomo (Glynn Turman, Cooley High), turns up just when they need him most, and the trio plan their next heist together.