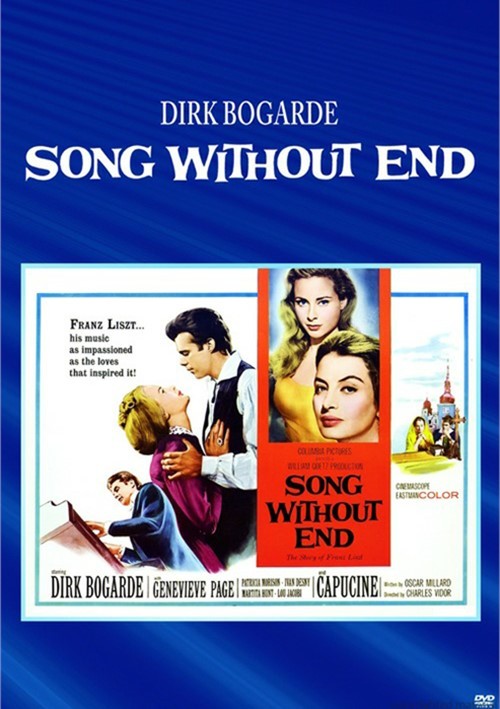 This lush bio-pic of the brilliant composer and piano virtuoso Franz Liszt (Dirk Bogarde) depicts the great conflicts in his young life. Liszt has begun to tire of the oppressive demands of his current mistress, Countess Marie (Genevieve Page), who has given up her own life and young children to live with him despite a great scandal. Liszt prefers to flee to the adoration of the crowds and the concert stage, where he captures the attention of another adoring woman, the beautiful Russian princess, Carolyne (Capucine). Carolyne encourages Liszt to go into a sort of exile, so he can focus on his composition, while she awaits her divorce. Despite her great love for the composer, he is torn between his carnal passions, his religious devotion, and the demands of his artistry. The last film directed by Charles Vidor (who died before its completion, replaced by George Cukor) is a gorgeous spectacle photographed by the famed cinematographer James Wong Howe.

Reviews for "Song Without End"