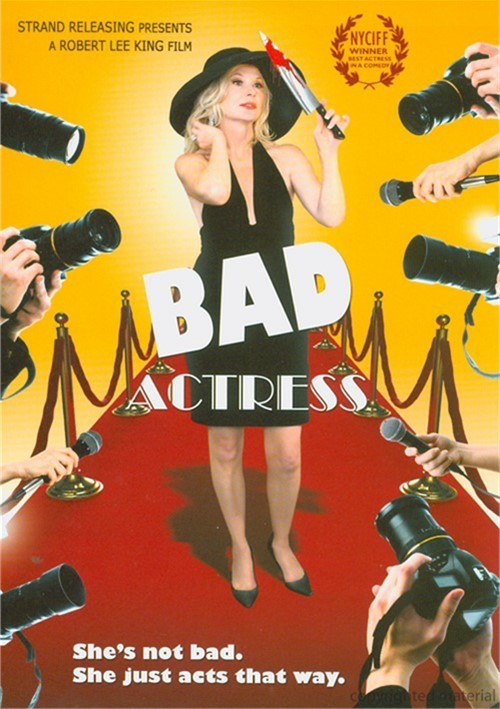 She's not bad. She just acts that way.

Alyssa Rampart-Pillage is a washed up TV queen whose career has been reduced to starring in commercials for her husband Bernie's appliance empire. When their tree-hugging daughter Topanga dies in a tragic golf ball accident, Bernie goes off the spiritual deep end and tries to give away their fortune . . . with disastrous results. But what starts off as tragedy quickly turns into career re-invention for Alyssa. And as the body count rises, so does her star. Bad Actress is a guilty pleasure of a film that gleefully mocks the world of Hollywood and Fame, reminding us that Justice has nothing on Celebrity.