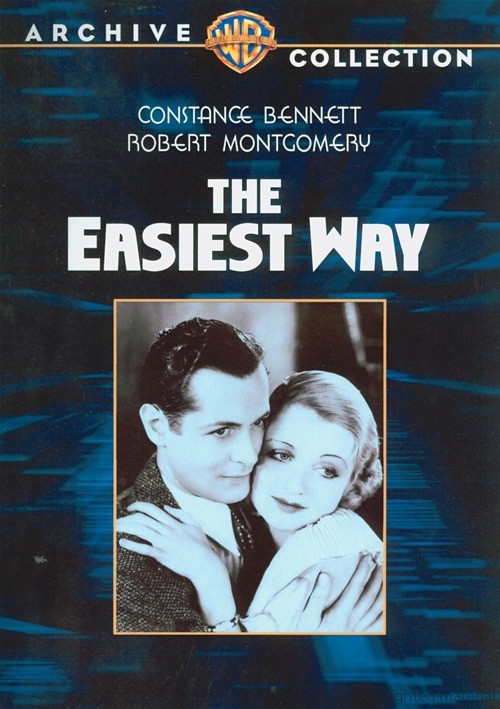 One man had her body, another had her heart.

Beautiful young Laura Murdock chooses the easiest way out of the slums: become the plaything of her wealthy boss. No ring, but lots of clothes, servants and glamour. It's just what Laura wants, until she falls in love with another man and discovers the easy way can lead straight to heartbreak. Fans adored suffering in luxury with three of Hollywood's biggest names of the '30s: Constance Bennett, Robert Montgomery and Adolph Menjou. But it was a magnetic unknown in a small role who really caught their notice. "Who's that?" everyone wanted to know. By the end of 1931, the year The Easiest Way was released, everyone knew the name: Clark Gable.

Reviews for "Easiest Way, The"