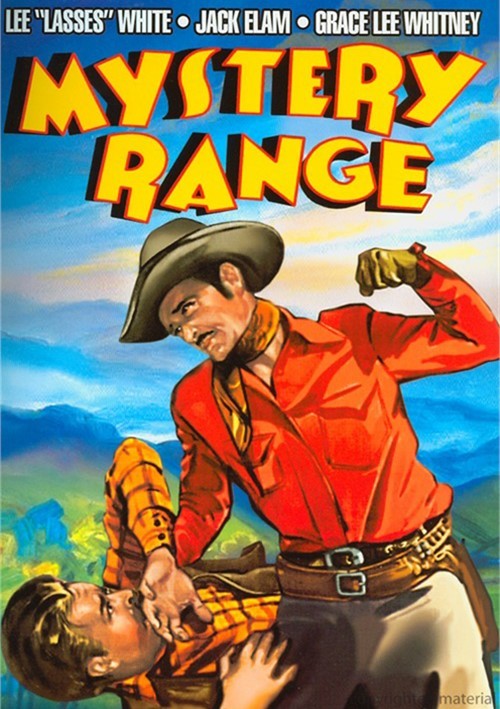 Neighbors are shocked when "Texas" Jim Lambert is arrested for the murder of his brother and held for trail. The newly arrived magistrate, circuit-riding Judge "Lasses" White, can't bring himself to believe Lambert guilty of the crime. Along with his deputy, Tom Emery, the Judge begins an investigation that might unearth the truth - while making them targets of the real killer.

One of two low-budget Westerns directed by 1940s screenwriter Ande Lamb, Mystery Range is notable for several reasons. It was shot in 16mm, a non-professional format sparingly used by shoestring producers to keep production costs down. Mystery Range is the only starring vehicle of Lee "Lasses" White, better known as a sidekick to established cowboy stars Tim Holt and Jimmy Wakely. In addition, it marked the feature film debuts of two performers who would become much better known in the 1950s and 1960s: crazy-eyed character actor Jack Elam and statuesque singer/actress Ruth Whitney (better known as Grace Lee Whitney, who attained cult-figure status as Yeoman Janice Rand in the Star Trek TV Series).