Kid From Broken Gun, The 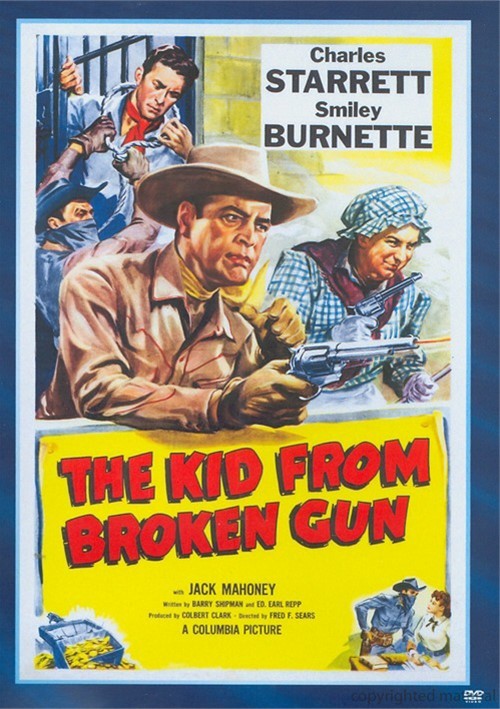 Kid From Broken Gun, The

The Durango Kid rides off into the sunset in this, the last of Columbia's Saturday Matinee Westerns. Charles Starrett plays the former Texas Ranger who takes on the persona of the mysterious "Durango Kid" in order to effect justice in this long-running series. Smiley Burnette reprises the role of the faithful sidekick, Jock Mahoney appears as a central character - both good guy and bad guy - and our hero (Starrett) finds himself on trial for murder! Director Fred F. Sears, former actor (Laramie Mountains - an earlier entry in the Durango Kid series), would go on to direct some of Columbia's grittiest urban dramas and sci-fi spectaculars in the 1950s. In this strange and wonderful send-up of the classical "horse opera," Sears constructs a decidedly untypical narrative full of flashbacks and unexpected character development, providing a comic coda to one of the studio's most popular franchises.

Review "Kid From Broken Gun, The"

Reviews for "Kid From Broken Gun, The"