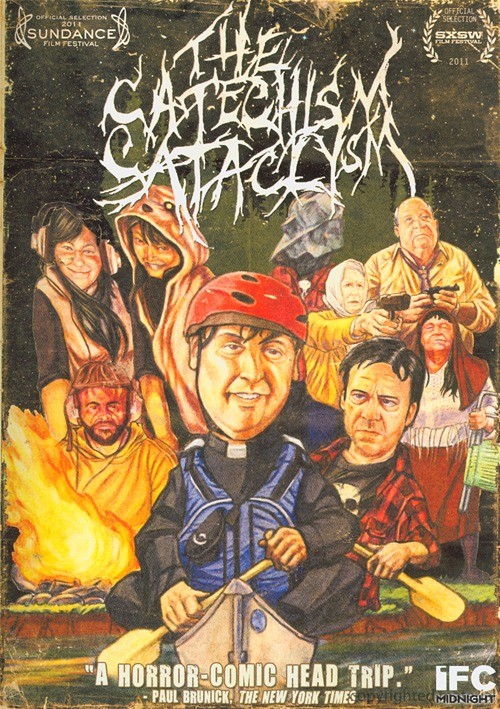 Father Billy (Steve Little, HBO's Eastbound & Down), an eccentric young priest, is f-rced to take a sabbatical by his superiors when he is discovered telling inappropriate parables to his flock. Billy tracks down his high-school idol Robbie (Robert Longstreet, Septien, Great World Of Sound), who begrudgingly agrees to a canoe trip. On the water, the two men reminisce about Billy's days as the keyboardist in a Christian band and Robbie's as a guitarist for a metal band. When night approaches, they realize they have lost their way - and that's when things get weird. Storytelling in all its forms is skewered in 2011's Sundance favorite The Catechism Cataclysm, a divinely bizarre and funny tale that infuses stories within stories until the lines between the Bible, Mark Twain, and campfire tales are hilariously blurred.

Reviews for "Catechism Cataclysm, The"