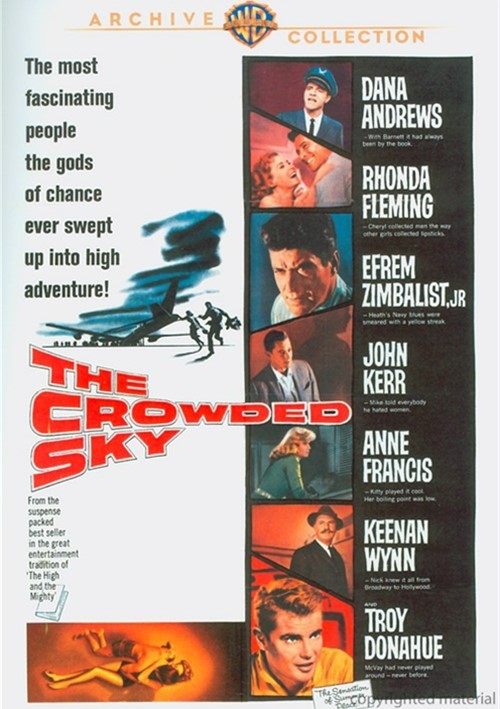 There he is, Navy jet 8255. And there's Trans States 17 converging . . .head on! A tense air traffic controller knows the sky is full of danger as two aircraft - a Navy jet flying east and an airliner heading west - hurtle toward disaster. The jet's radio is out, the pilot unaware that he's dropped altitude into the path of the other craft. There are only moments for the controller to find some way to communicate with the jet. And even less time for the pilots to react to the emergency, all the while realizing that their dramatic personal stories of faithless wives and alienated children, of guilty secrets and secret dreams, may be ending. Dana Andrews leads a top cast in a tale of two planes on a collision course with each other. And with destiny.

Reviews for "Crowded Sky, The"