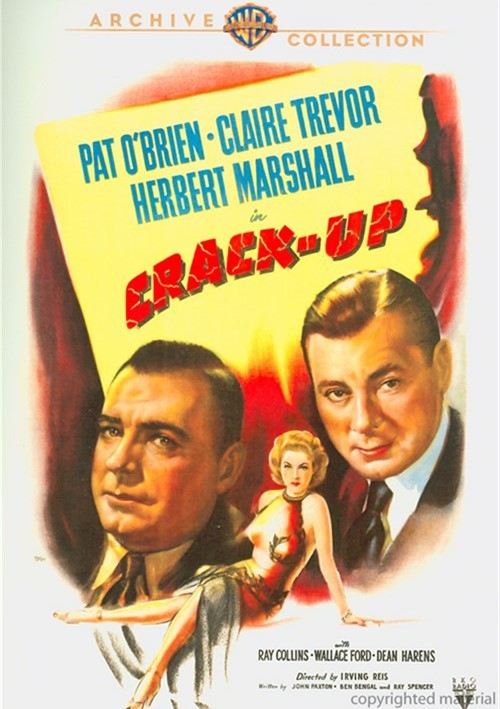 After a train wreck sends art critic George Steele (Pat O'Brien) into a mental tailspin, he's fired from his job at a New York art museum. Seems unjust until you learn there was no train wreck. This relentless, nervy film noir explores the sinister world of violence and the monied world of aesthetics as Steele's attempt to reconstruct what really happened leads him to murder, mania and an international conspiracy that threatens the museum's masterpieces. Herbert Marshall (Foreign Correspondent, The Letter) joins the hunt as a mysterious Brit who's awfully chummy with the cops. And noir great Claire Trevor (Murder, My Sweet; Key Largo) plays Steele's sweetheart, a savvy journalist who may know a lot more than she's telling.