Dandy In Aspic, A 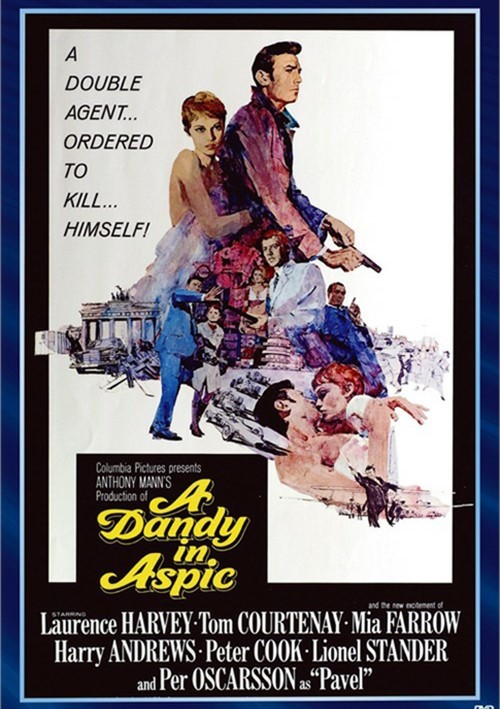 This stylish '60s espionage thriller (with a score by Quincy Jones) bounds between London and Berlin, following cool and inscrutable Alexander Eberlin (Laurence Harvey, The Manchurian Candidate), a British agent tasked by MI-6 with finding the double-agent in their midst. Unknown to British Intelligence, Eberlin is the Soviet Agent Krasnevin, and when his Soviet contact is eliminated, Eberlin is running for his life, while still f-rced to play the game. Eberlin is tracked closely by his partner Gatiss (Tom Courtenay, Billy Liar, Otley) an agent-assassin who despises him and is suspicious at every turn. Complicating matters is the flighty but sincere Caroline (Mia Farrow, Rosemary's Baby), who enters Eberlin's life and truly wants to be a part of it - perhaps the only real thing in it. But, Eberlin's created a web so tightly wound about him that he no longer can be sure who to trust, or even of his true identity. A fascinating, engaging thriller and the final film credit for director Anthony Mann.

Review "Dandy In Aspic, A"

Reviews for "Dandy In Aspic, A"