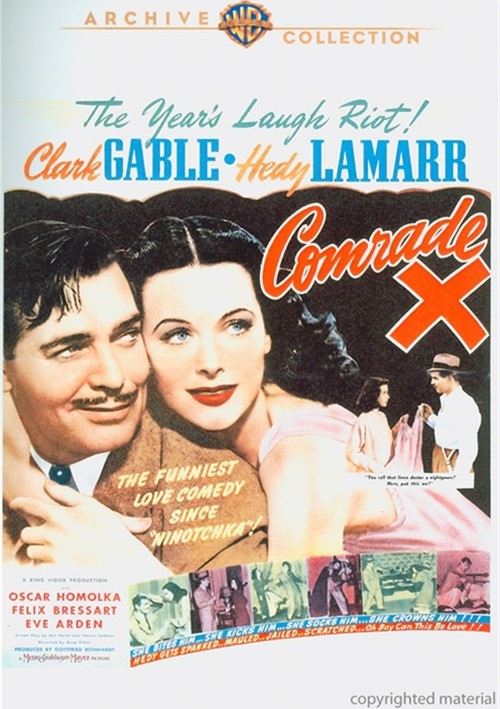 Soviet streetcar conductor Theodore (Hedy Lamarr) is as lovely as a Botticelli angel and as forbidding as a Moscow winter. American reporter McKinley B. "Mac" Thompson is as hunky and self-confident as Clark Gable (who happens to play the role). In pre-World War II Russia, the two share a comedy-and-action-filled adventure involving secret identities, a marriage of convenience, hairbreadth escapes and a thrilling tank-chase finale as Mac tires to help Theodore vamoose to the USA one step ahead of the corrupt secret police. Will Mac melt Theodore's icy heart? Will Theodore transfer her allegiance form Karl Marx to the Brooklyn dodgers? Bet your last ruble the answer is da.