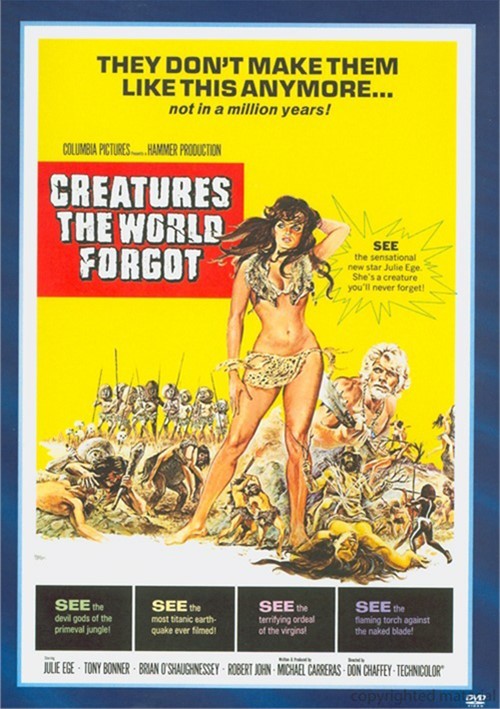 This singular film from Hammer Studios, set in the Stone Age, has almost no dialogue - the people speak in grunts - but it is strangely effective. Focused on a tribe of cavemen, and specifically a pair of twin brothers who become rivals for the leadership of the tribe following the impact of a devastating earthquake, the human struggles are portrayed fairly realistically (no dinosaurs roaming the earth). Directed by Don Chaffey (Jason and the Argonauts, One Million Years B.C.), whose ability to craft an engaging, human story with mythical characters and beasts was well-proven by the time he undertook this feature. Written by veteran Hammer producer and writer Michael Carreras (The Snorkel, Maniac, One Million Years B.C.), and starring beautiful Julie Ege (The Seven Brothers Meet Dracula), Brian O'Shaughnessey (The Gods Must Be Crazy), and Tony Bonner (Quigley Down Under); another lesser-known film that deserves its cult status.

Reviews for "Creatures The World Forgot"