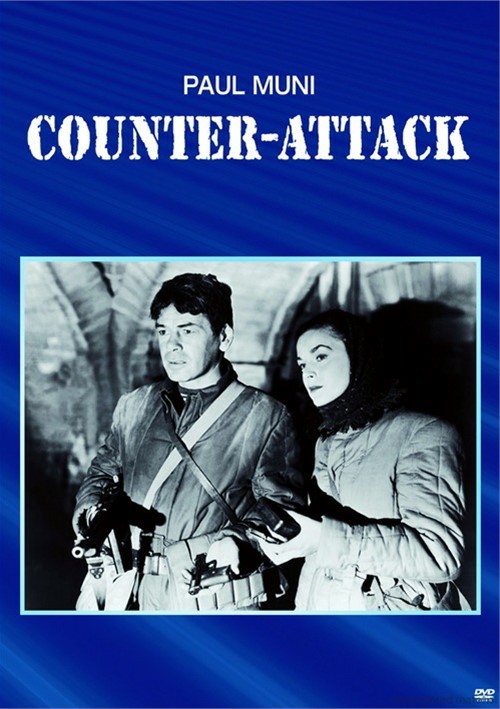 During a mission to capture a Nazi officer deep inside enemy-held territory, paratrooper Alexei Kulkov (Academy AwardÂ® winner Paul Muni, Best Actor, 1936, The Story of Louis Pasteur) ends up trapped inside the basement of a bombed-out building along with fellow Russian Lisa Elenko (Margeurite Chapman, Destroyer) and eight German soldiers, one of them an officer pretending to be an enlisted man. As they await rescue, Kulkov and a Nazi professor (Ludwig Donath, The Jolson Story) probe each other in the hope of learning something that could help their respective sides win the war. Who will best the other? Zoltan Korda (The Jungle Book) directed this riveting suspensor, stunningly photographed by two-time Academy AwardÂ® winner James Wong Howe (Best Cinematography, 1955, The Rose Tattoo and 1963, Hud) and featuring Larry Parks, George MacReady and Philip Van Zandt. But its pro-Russian stance played a huge part in the blacklisting of screenwriter John Howard Lawson (Sahara), who is today most famous for being one of the "Hollywood Ten."