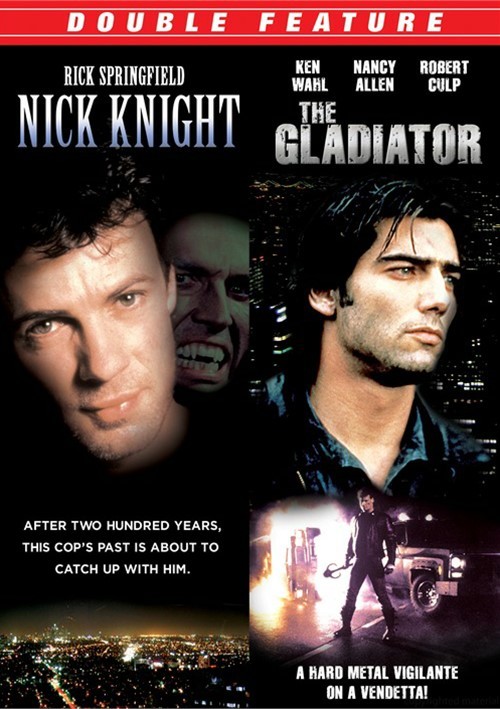 When a dead body drained of blood shows up at the museum and an ancient Mayan goblet is missing, Nick Knight (rock star Rick Springfield, General Hospital) knows that his former master and nemesis, Lacroix (Michael Nader, Dynasty), is to blame. Nick is a vampire and it was the evil Lacroix who transformed him centuries ago. The stolen goblet holds the key to releasing Nick from his curse of immortality. He's desperate to get it back, but Lacroix isn't about to give it up. Determined throughout the ages to lure Nick back to the dark side, Lacroix uses the goblet as bait, and a dramatic confrontation between the two vampires ensues.

Master mechanic Rick (Ken Wahl, Wiseguy) loses his brother to a homicidal maniac who kills motorists at random in his "death car." After a run in with a gang of punks who destroy his truck, Rick decides to become a vigilante. He converts his pick up into an armed and dangerous vehicle. Hunting down reckless drivers, he leaves them handcuffed for the police to find. The cops are after this "Gladiator," but Rick won't let up until he finds his brother's assassin, and when the two finally meet, it's a duel to the death. Directed by Abel Ferrara (Bad Lieutenant) and also starring Nancy Allen (RoboCop) and Robert Culp (The Greatest American Hero).