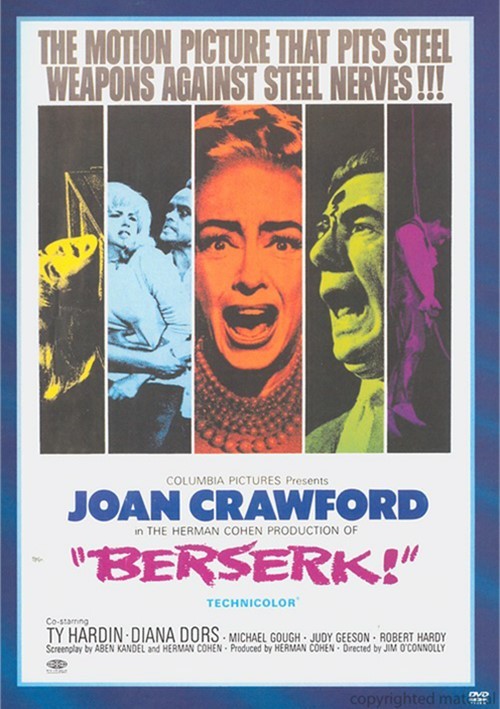 Joan Crawford (What Ever Happened to Baby Jane?) stars as Monica Rivers, the owner of a traveling circus plagued by a series of mysterious deaths. When a high-wire performer becomes the first victim, he is replaced by Frank Hawkins (Ty Hardin, Battle of the Bulge), an even more daring aerialist. But Frank's attentions to Monica make her business manager, Dorando (Michael Gough, Batman), jealous. After Dorando becomes the brutal killer's next victim, Police Superintendent Brooks (Robert Hardy) arrives at the scene, but the mystery is not so easy to unravel with a cast of suspects with motives including jealousy and revenge. This campy horror flick with a surprising climax also features Judy Geeson (To Sir, With Love) and Diana Dors (There's a Girl In My Soup).