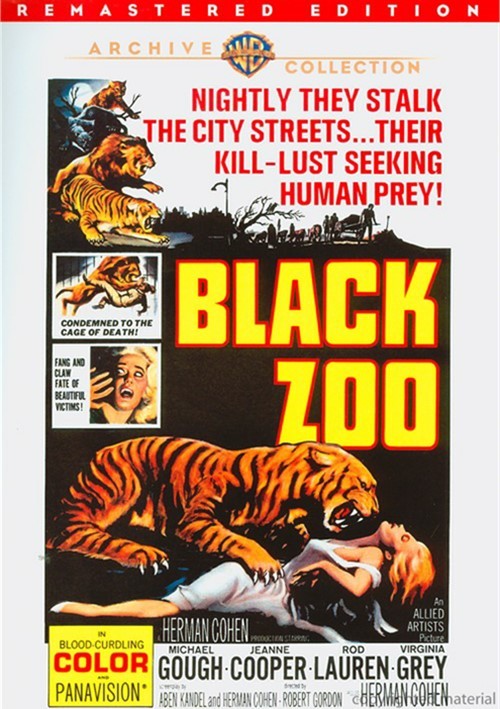 The most savage animal in a garden of beasts, animal-worship cultist and private zoo owner Michael Conrad (Michael Gough) has trained his lions well, siccing the big cats on any fool who dares get in his way. First it was a snoopy secretary, then a scheming realtor (Jerome Cowan). But only when his unhappy wife (Jeanne Cooper) runs off with his beloved chimps does Conrad unleash his inner beast, and the fur really flies. Shot by Academy Award-winning cinematographer Floyd Crosby on a soundstage stocked by famed animal behaviorists and Marine World creator Ralph Helfer, Black Zoo is the third and final collaboration of Gough (who later played Alfred the butler in four Batman movies) and producer Herman Cohen (Horrors of the Black Museum and Konga), a furocious last trip to the maul.