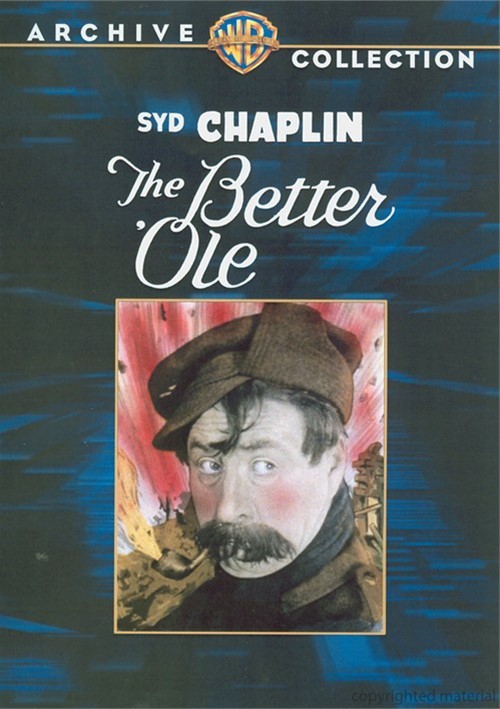 Like his younger half-brother Charlie, Syd Chaplin was also a successful silent-film comedian and enjoyed a certain notoriety somewhat overshadowed by his iconic sibling. Here he plays Old Bill, a World War I army private with the British Expeditionary f-rces. The film derives its title from a beloved British cartoon strip, hopping from the comics to celluloid in a funny scene where a soldier stuck in a muddy foxhole complains and Old Bill replies in Cockney, "If you known a better 'ole, go for it!" The plot involves unmasking a traitor in the ranks who, allied with the owner of a local inn, is responsible for the town falling under German control. The most classic scene finds Bill and his buddy sneaking though enemy lines disguised as a horse. Superb slapstick silliness doesn't come any better.

Reviews for "Better Ole, The"