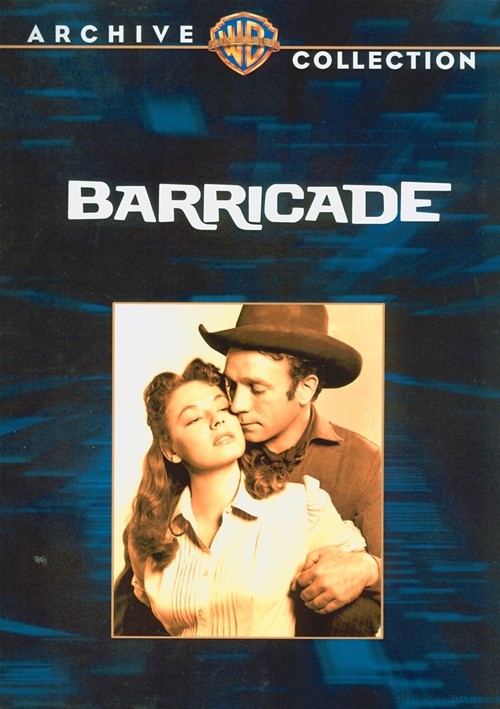 Cruel. Vicious. Sadistic. They don't come much worse than "Boss" Kruger, who murdered his own brother to take over the family gold mine. To defend it, he's built up a small army of fugitives who, Kruger says, "tolerate me even though they hate me - because they have to." Soon, two more outlaws on the lam are f-rced to accept his hospitality: a desperate gunman (Dane Clark) and a beautiful convict (Ruth Roman). With brutal, bloody beatings and an explosive mine cave-in, they challenge the Boss' dominance in an unforgettable climax. Also memorable is another bravura performance by veteran Raymond Massey as the mine's swaggering, Shakespeare-spouting tyrant. If you like your Westerns tough and terse, this is one Barricade you'll never get over.