David Susskind: How To Be A Jewish Son 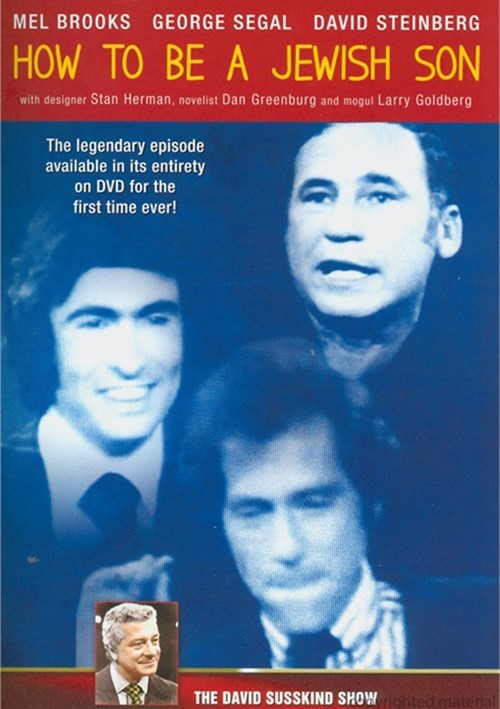 David Susskind: How To Be A Jewish Son

It was the fall of 1970 when David Susskind's talk show producers pitched him with the idea of a panel about Jewish mothers. The ability to overfeed, control and instill guilt made them a durable comedy trope, especially in the years after the novelty book "How To Be A Jewish Mother" hit the bestseller list. But this program would have a twist. It would be from the viewpoint of accomplished Jewish men. Susskind, who had a Jewish mother himself, was not enthralled with the idea at first. But the end product taped on November 12 of that year - How to Be a Jewish Son or My Son the Success!! - became the most beloved single episode of The David Susskind Show during its 28 years on the air.

The line-up that night included comedian Mel Brooks, who after co-creating the comedy hit Get Smart for Susskind's Talent Associates had begun his run as a film director with The Producers and The Twelve Chairs. He was joined by David Steinberg, then a rising, long-haired young comic (and son of a rabbi) who combined a counterculture sensibility with Borsht Belt timing. The group was rounded out with film and TV actor George Segal, pizzeria chain mogul Larry Goldberg, Stan Herman, a fashion designer known in the rag trade as Mr. Mort, and writer Dan Greenburg, the author of "How To Be A Jewish Mother."

Much of the program was a rollicking contest between Brooks and Steinberg, as they competed to get the biggest laugh from the small studio audience. But what made the night memorable was the panel's honest conversation about success, assimilation and ethnic identity at a time when the term "too Jewish" was still frequently used in show business. While Steinberg recalled how people told him it was the funniest program they had ever seen, the switchboard at Susskind's station WNEW received critical calls - including some from Jewish viewers who found it offensive. But Susskind re-aired Jewish Sons every few year and its legend only grew. Segal said in 2007 that when fans recalled watching him that night it was with "a kind of chicken coup warmth." - Stephen Battaglio

Review "David Susskind: How To Be A Je"

Reviews for "David Susskind: How To Be A Je"