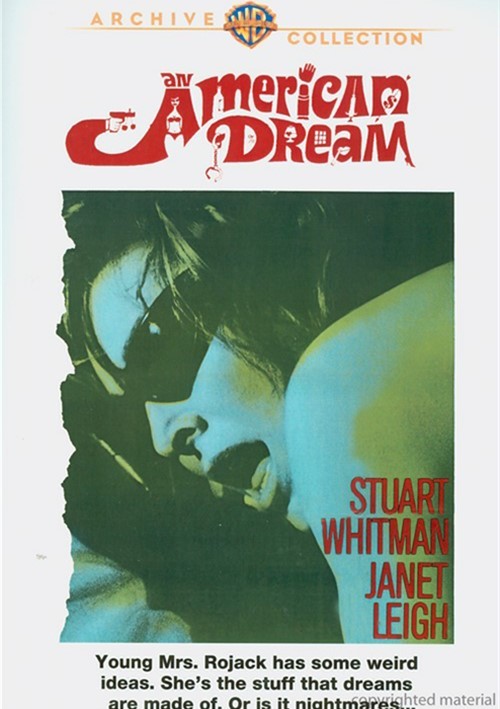 Heiress Falls to Death, Husband Alleges Suicide newspaper headlines declare. But the cops don't buy it. They believe it's a case of cold-blooded murder and they're pinning it on Steven Rojack (Stuart Whitman), a controversial TV talk show host whose prime-time target is the city's mafia-infested police f-rce. Walking a tightrope between the cops and the mob that owns them, Rojack finds sanctuary in the arms of his former flame (Janet Leigh), a woman he left in the dust years ago. Will she betray his trust and set him up for a fall - or take a second chance on love? Based on Norman Mailer's lurid bestseller, this scintillating murder mystery will keep you guessing until the last shocking line of dialogue. Eleanor Parker, Barry Sullivan, Lloyd Nolan and George Takei co-star.

Reviews for "American Dream, An"