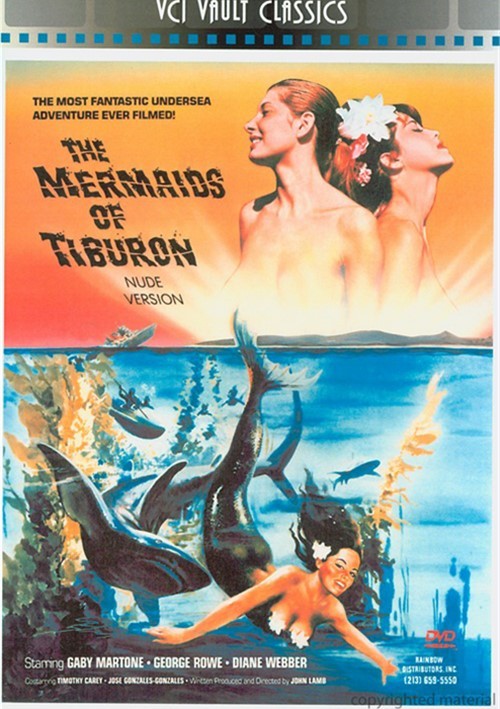 The most fantastic undersea adventure ever filmed!

This film was produced and directed in 1962 as a fantasy-adventure by noted underwater cinematographer, John Lamb. Two years later, he chopped out 10 minutes, re-shot the close-ups and medium shots of the mermaids; revealing the enchantresses in the nude (with emphasis on actress Gaby Martone), and released it as The Aqua Sex . Twenty-three years later, Lamb took the time to re-edit his epic like he really wanted and, just to make sure, added additional nude footage using glamour model Diane Webber!

The result is a beautifully photographed fantasy about mermaids who assist. . .and distract. . .a young scientist in his quest for sunken treasure, complete with Timothy Carey at his menacing best. Filmed in the pearl garden of Mexico's La Pez, and the kelp forest along the coast of Santa Catalina.

Reviews for "Mermaids Of Tiburon"