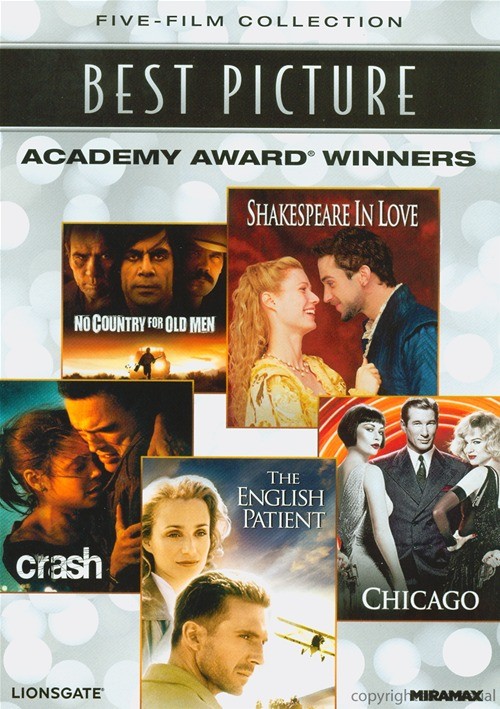 Build your collection with five amazing films that won the Academy Award for Best Picture. The Best Picture Academy Award Winner set brings together for the first time Shakespeare in Love, The English Patient, Chicago, No Country For Old Men and Crash. Experience the best of cinema all over again with touching sorties, quality filmmaking and exceptional acting as these films make their way back into your home and into your heart.

Winner of three Academy Awards, this compelling urban thriller tracks the volatile intersection of a multiethnic cast of characters as they careen in and out of one another's lives.

No Country For Old Men
French and Spanish Subtitles