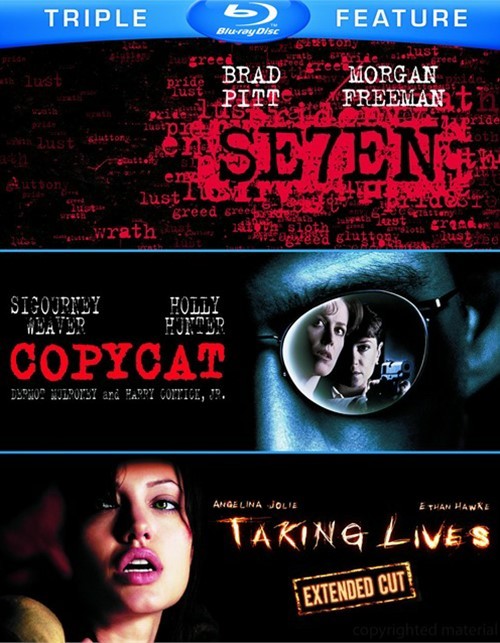 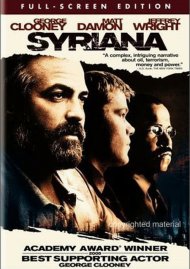 It's one killer collection.

Gluttony. Greed. Sloth. Wrath. Pride. Lust. Envy. Two cops (Brad Pitt and Morgan Freeman) track a brilliant and elusive killer who orchestrates a string of horrific murders, each kill targeting a practitioner of one of the Seven Deadly Sins. Gwyneth Paltrow also stars in this acclaimed thriller set in a dour drizzly city sick with pain and blight. David Fincher (Fight Club, Zodiac, The Curious Case Of Benjamin Button) guides the action physical, mental and spiritual - with a sure understanding of what terrifies us, right up to a stunning denouement that will rip the scar tissue off the most hardened soul.

Copycat is the critically acclaimed adrenaline pumper about he desperate hunt for a mass murderer who copies serial killers of the recent past. An ambitious San Francisco detective (Holly Hunter) and a noted criminal psychologist (Sigourney Weaver) piece together a jigsaw puzzle of crime as they close in on a fiend (Harry Connick, Jr.) with a knack for staying a step ahead...and leaving a body behind.

Angelina Jolie plays FBI profiler Illeana Scott in this edgy cat-and-mouse thriller also starring Ethan Hawke, Kiefer Sutherland and Olivier Martinez and directed by D.J. Caruso (Eagle Eye, Two For The Money). For 20 years an elusive serial killer has assumed his victims' identities. But now there's a breakthrough: Scott is assigned to the case and it's her job to know what makes a killer tick. But somehow this killer knows even more about Scott.