Searchers, The / The Wild Bunch: The Original Director's Cut / How The West Was Won (Triple Feature) 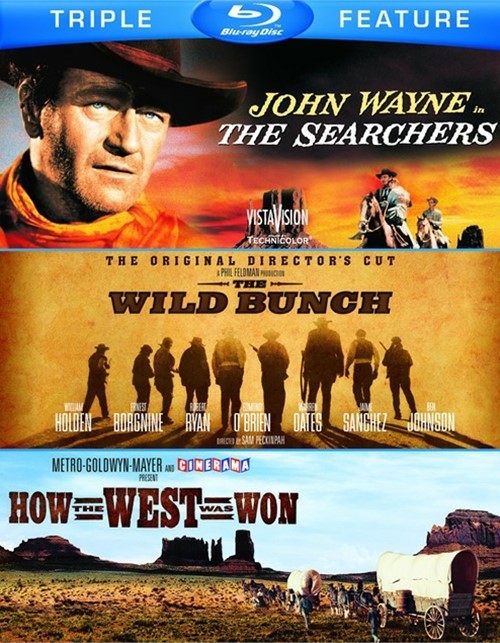 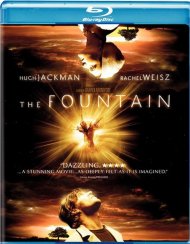 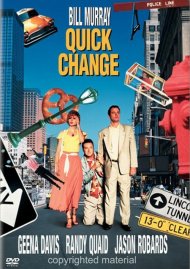 The west at its best.

Movie icon John Wayne and legendary director John Ford forged The Searchers into a landmark Western, "a great film of enormous scope and breathtaking physical beauty" (Danny Peary, Guide For The Film Fanatic). Wayne plays an ex-Confederate soldier seeking his niece, captured by Comanches who massacred his family. He won't surrender to hunger, thirst, the elements or loneliness. And in his five-year search, he encounters something unexpected: his own humanity.

Director Sam Peckinpah's film The Wild Bunch, a powerful tale of hangdog desperados bound by a code of honor, rates as one of the all-time greatest Westerns. In 1994 it was restored to a complete, pristine condition unseen since its July 1969 theatrical debut - and this digitally remastered anamorphic transfer showcases it to renewed blood-and-thunder effect. Watch William Holden, Ernest Borgnine, Robert Ryan and more great stars saddle up for the roles of a lifetime.

How The West Was Won

Henry Fonda, Gregory Peck, Debbie Reynolds, James Stewart and John Wayne are among the big names in this big saga following a family's move West through generations - marked by the spectacles of a heart-pounding raging river ride, a thunderous buffalo stampede and a bracing runaway train shootout. Via technological advances, this panoramic winner of three Academy Awards can now be seen with a resplendent, restored clarity eliminating its original "three-panel join lines" and in roof-raising Dolby 5.1 audio.

Review "Searchers, The / The Wild Bunc"

Reviews for "Searchers, The / The Wild Bunc"