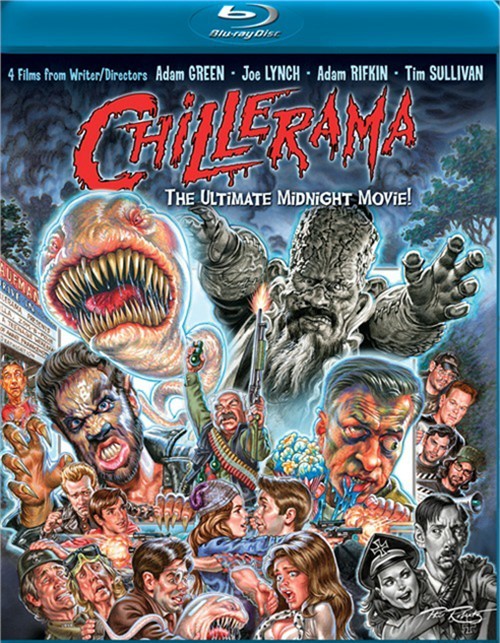 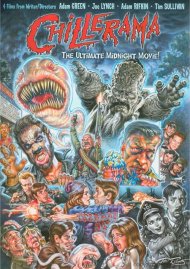 It's the closing night at the last drive-in theater in America and Cecil B. Kaufman (Hatchet's Richard Riehle) has planned the ultimate marathon of lost film prints to unleash upon his faithful cinephile patrons. Four films so rare that they have never been exhibited publicly on American soil until this very night! What could possibly go wrong?

In the spirit of classic anthology films like Creepshow and Twilight Zone: The Movie and containing films that not only celebrate the golden age of drive-in B horror shlock but also span over four decades of cinema, Chillerama offers something for every bad taste. With titles like Wadzilla, I Was A Teenage Werebear, The Diary Of Anne Frankenstein, and Zom-B-Movie and featuring appearances by Joel David Moore (Avatar), Lin Shaye (Insidious), Ray Wise (X-Men: First Class), Kane Hodder (Friday The 13th), Eric Roberts (The Dark Knight) and more cameos than you can count, Chillerama is sure to have you screaming for more. From the depraved minds of Adam Rifkin (Detroit Rock City), Tim Sullivan (2001 Maniacs), Adam Green (Frozen), and Joe Lynch (Wrong Turn 2).